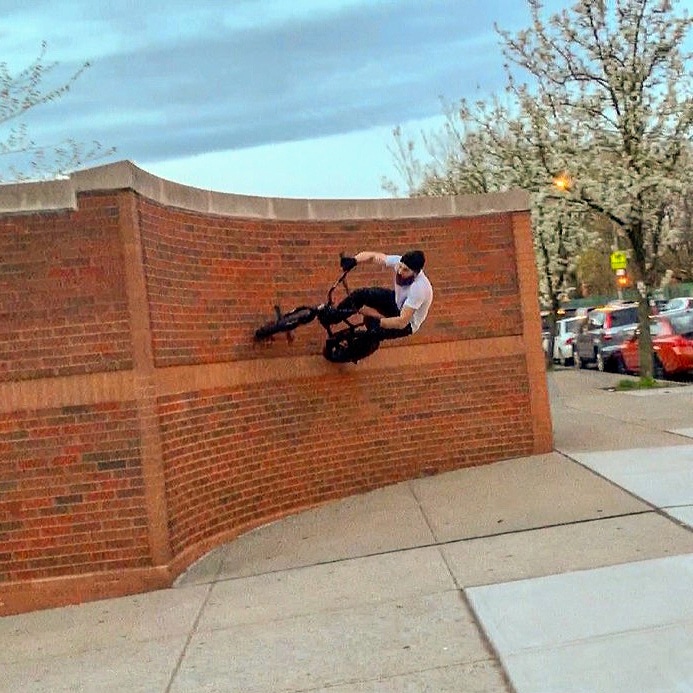 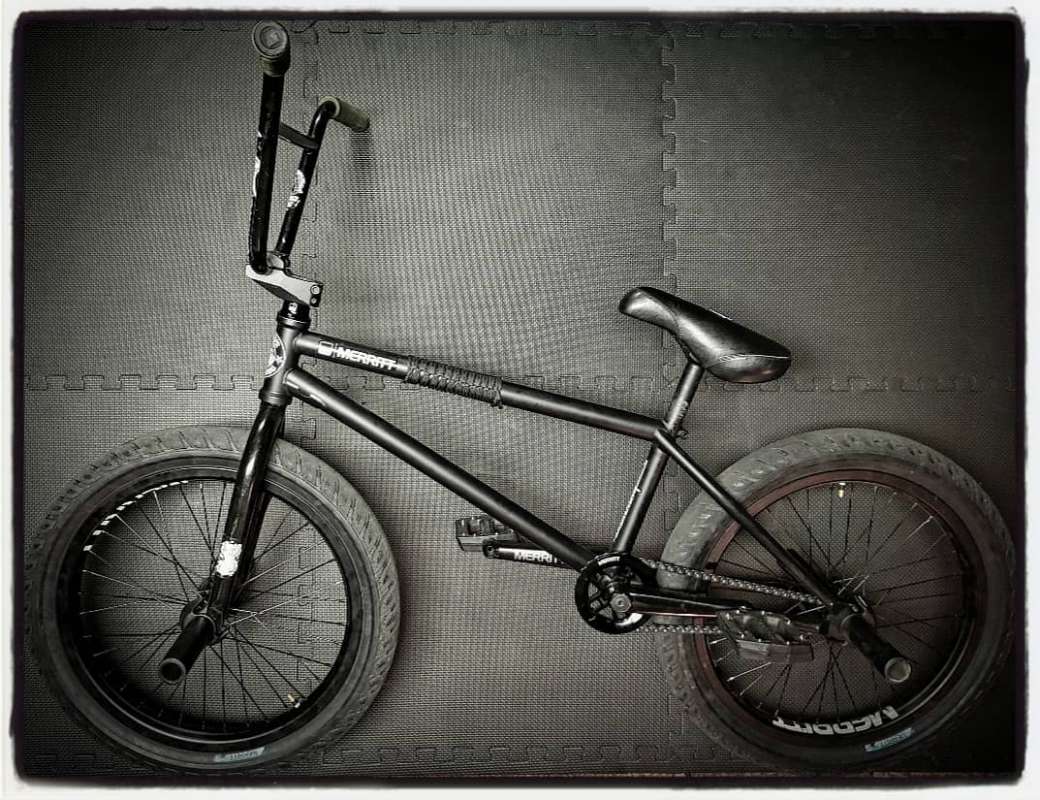 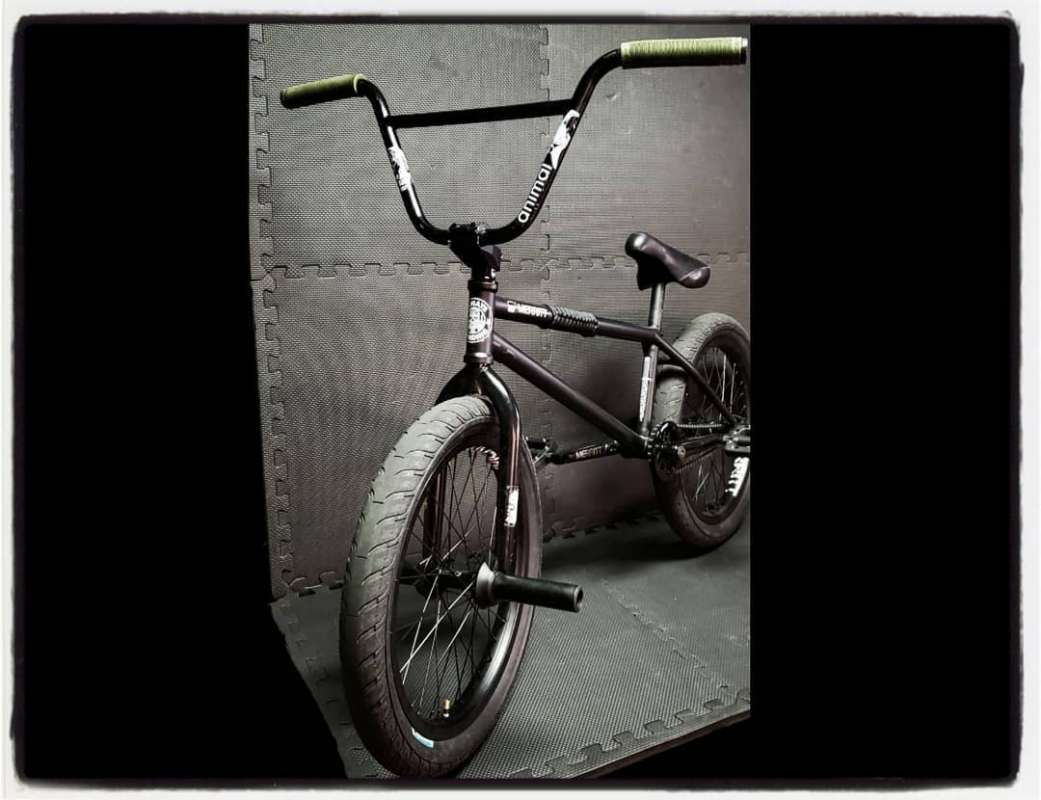 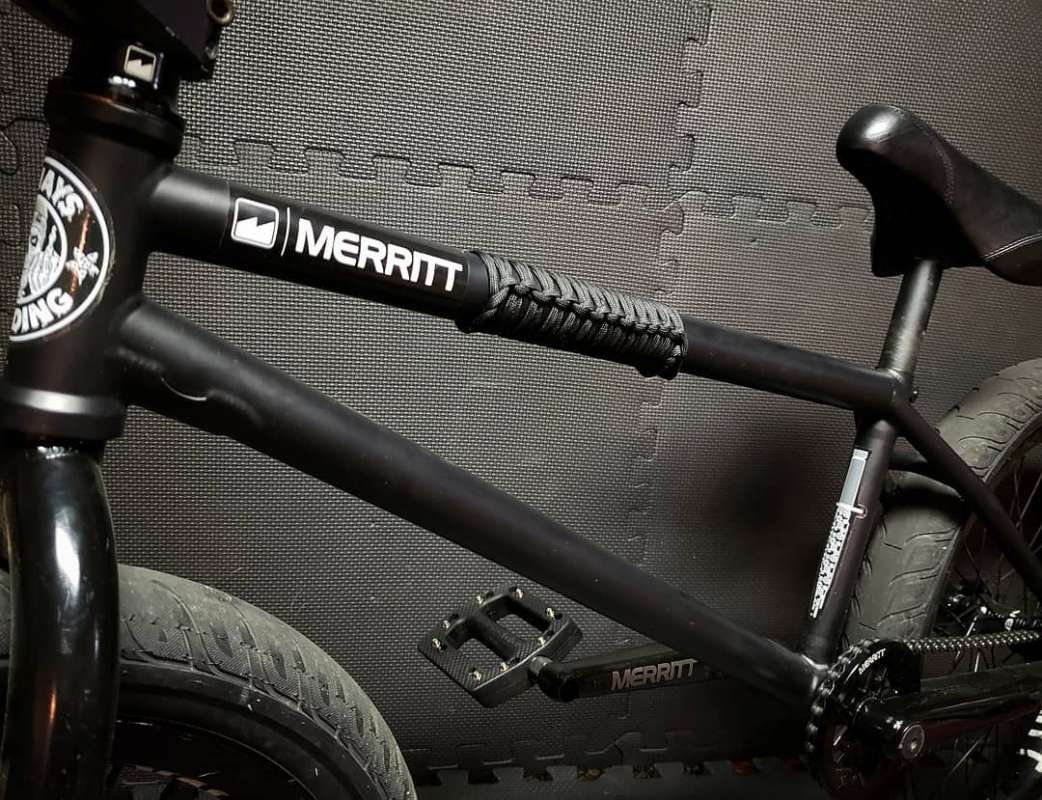 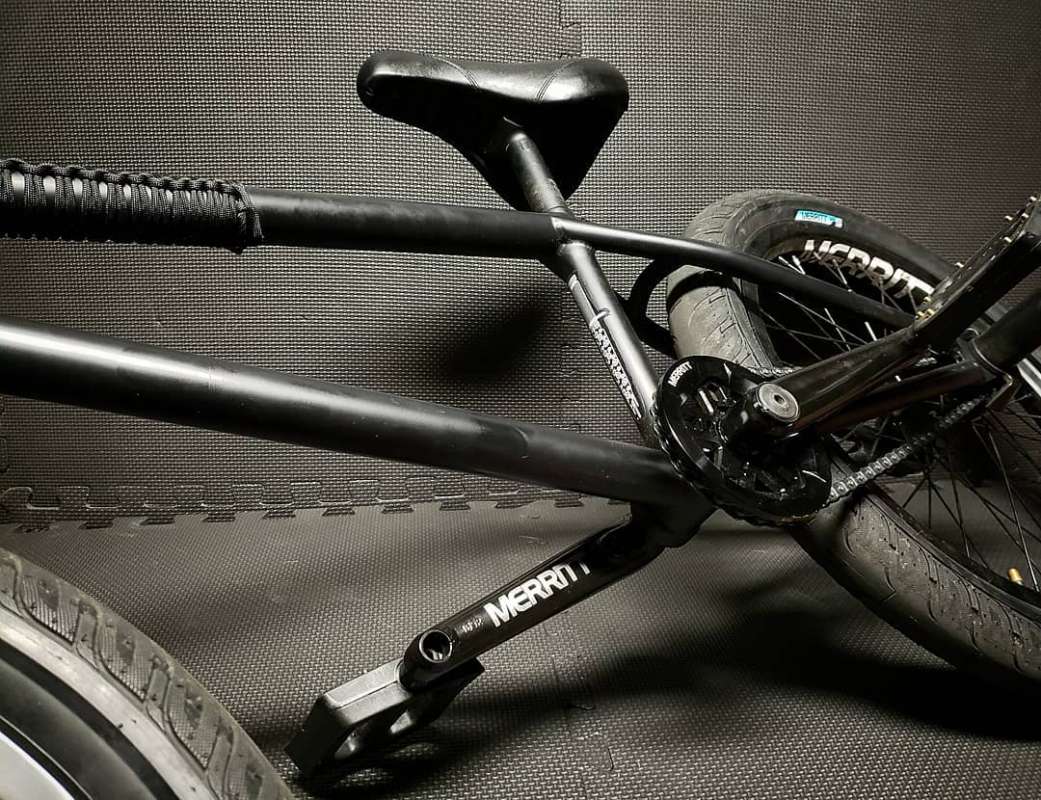 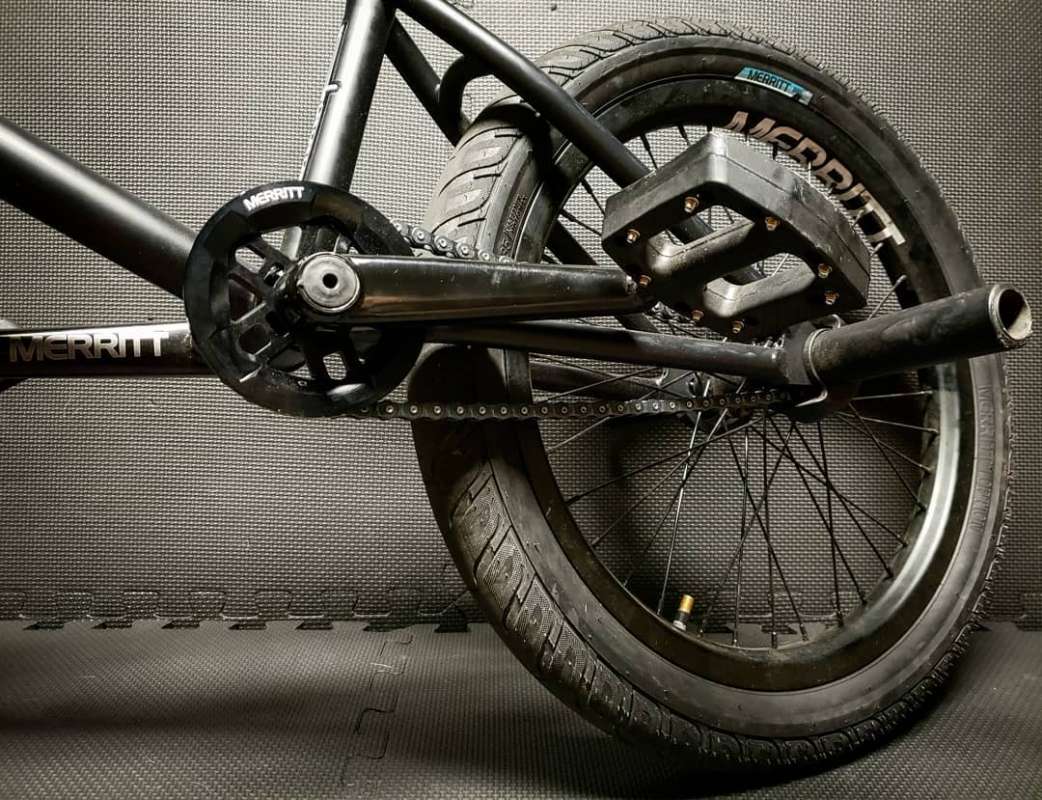 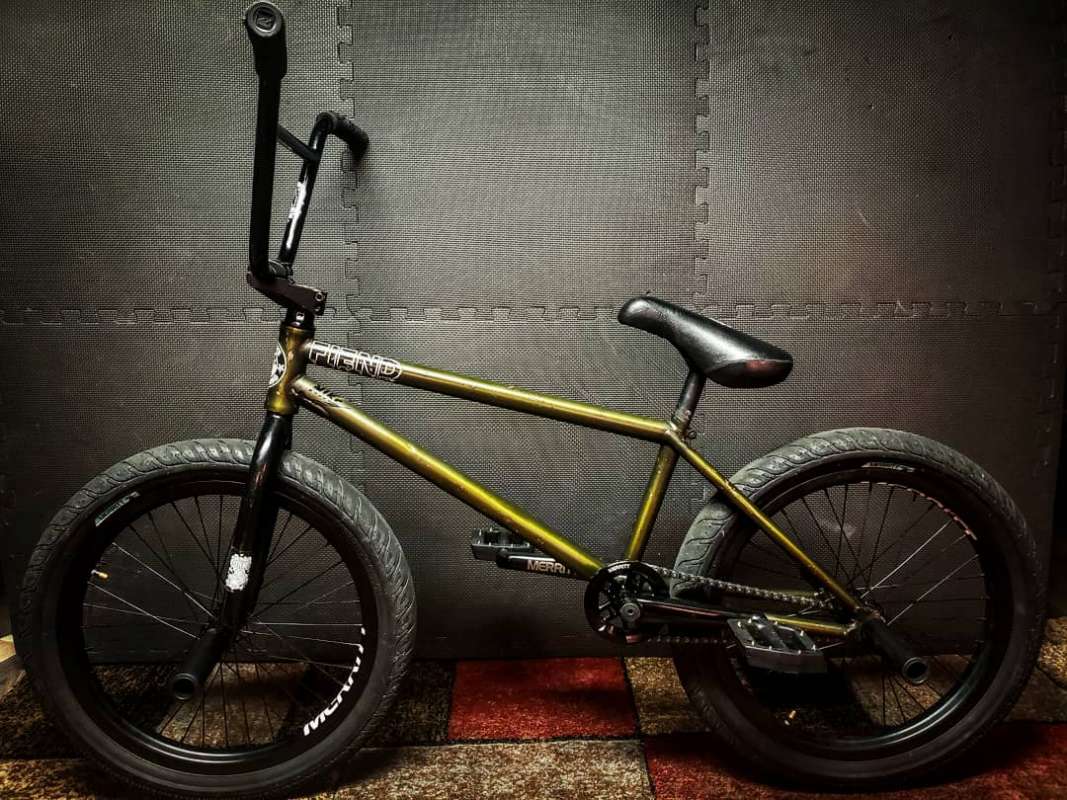 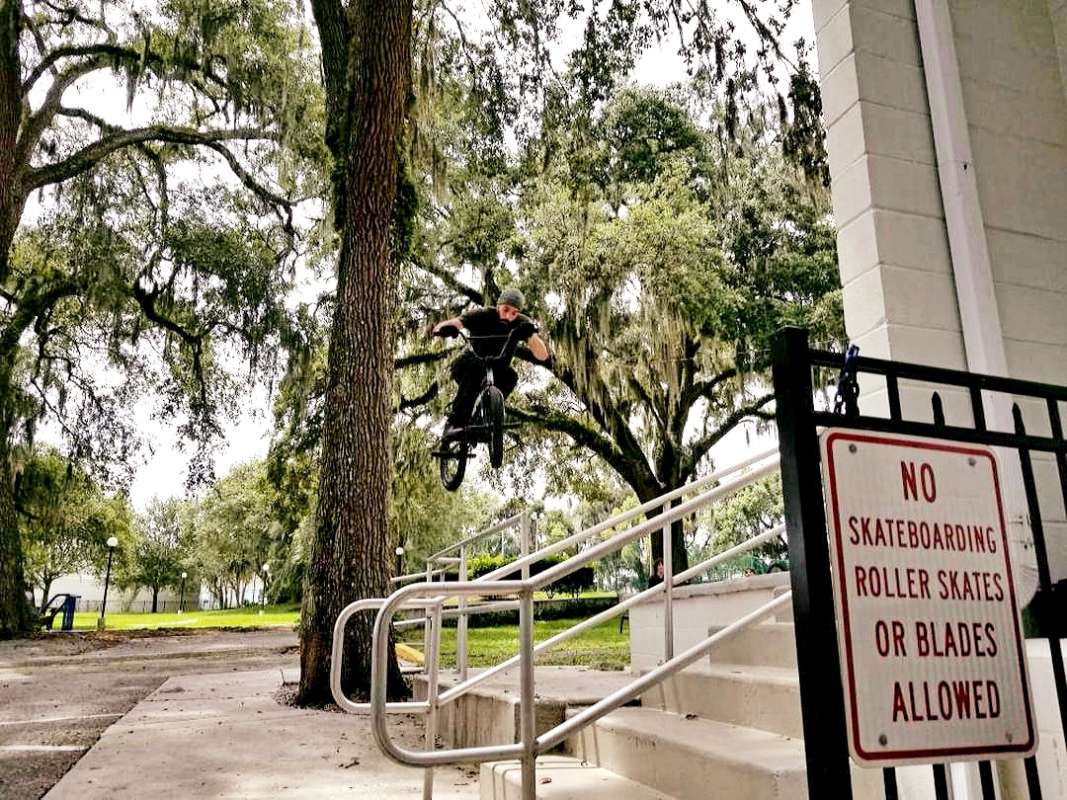 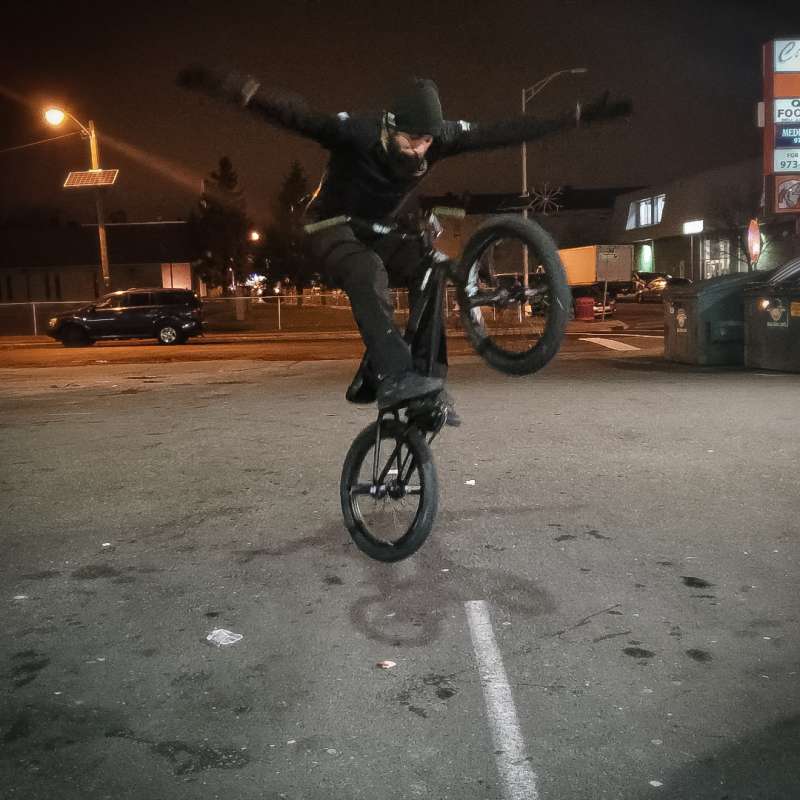 Project Warhorse is a Veteran/Rider owned organization on a mission to provide custom BMX bikes, the community, comradery, and relief BMX can give to military veterans and others who struggle with mental health. The goal is to not only introduce people to the physically active, mentally stimulating, creatively expressive, and socially interactive, healthy escape outlet BMX can be for them by giving them a bike, but to also bring a positive spotlight to BMX from society as a whole by bringing the communities together, providing them a network of riders in there area, and getting everyone involved in something that will have a lasting positive impact in their lives and the lives of others.

All bikes are built from donated new and used parts, and will be gifted to the recipients by donation and free of charge.

It may sound funny to some that riding a bike could help bring any relief, but BMX has proven to be just as effective, and provides the same type of stimulation, relief, fun, and comradery as martial arts, obstacle races, motorcycles, range days, parkour, fitness training, and other outlets that have helped with depression, PTSD, anxiety, insomnia, etc.

BMX has helped save my life, and it’s my goal to give that gift to others.

If you would like to help make a difference in a positive way and become a member of the Project Warhorse Family, or know a veteran that might have fun with a BMX bike, please share a screenshot of the page, spread the word, and reach out to us!

My name is James, and I am the founder of Project Warhorse. Since getting out of the military in 2014, I have struggled through many of life's hardships, and one of the hardest has been the ongoing battle with mental illness. For years, between life circumstances, PTSD, Anxiety, Major Depression, Bipolar II, Schizophrenia, Chronic Insomnia, TBI, Tinnitus, Chronic Stress Tension Migraines, Stress Induced Siezures, Sciatica, GI issues, numerous bouts of homelessness, and a paranoid hermit lifestyle, it's been a daily battle to keep myself from becoming another name added to the number of veterans that take their own lives after a long struggle with mental illness and suicide. I reached out for help, but like many, I was tossed around like a hot potatoe and given enough medication to kill an army that never helped me feel any better. I turned to numerous hobbies as outlets such as writing music, poetry, vocals, guitar, drums, martial arts, tactical training, fitness training, etc. and they all did their part in helping me get through, until I hit a plateau. Everything stopped working as well out of nowhere, and some things stopped working at all. Things were getting bad and I needed to find something different. That's when I turned to BMX. I had always had an interest in watching BMX and had tried getting into it when I was younger, but for one reason or another it just didn't click at the time. In May of 2017, I custom built the best setup I could and started actively pursuing my progression in riding. Even though I often found myself frustrated because I wasn't as good as I wanted to be at riding yet due to mostly riding alone, the pursuit of riding itself helped me in many ways that I wasn't expecting. It pulled me out of my anxiety and brought me out of the house and into the sunlight when I'd normally stay cooped up in the house with blackout curtains all hours of the day. It pulled me to be physically active even when my depression didn't want to allow me to get out of bed. It gave me something productive and fun to do on the sleepless nights of insomnia, helped me to burn my restless energy that I'd normally spend tossing and turning in bed staring at the walls of my room. Most importantly, it gave me an expressive outlet to focus my attention, imagination, and creativity on that brought me joy, allowed me to free my mind, and completely forget my ailments for the moment. I felt free. I felt alive. In July of 2017, I was injured and needed to be on crutches so I couldn't ride for some time. Around this time, I had met another disabled veteran new into BMX who needed better parts for his bike, so I gave my bike to him in the hopes that he would find the same joy and freedom in riding a really good bike as I did. Shortly after, the money I had saved up for a new setup for when my injury healed, along with the bike I had given my my new friend was stolen. I was lost without a bike, and things happened that made it nearly impossible to save up for another one any time soon. I had taken up other hobbies to be productive and pass the time, but the feeling just wasn't there like it was for riding. The closest I had been able to get to that feeling was the feeling I felt when helping other people, so I did what I could, as much as I could. One night while scrolling through Instagram, I saw that Garrett Reynolds, a professional BMX rider and multiple Xgames Gold Medalist that I looked up to, was going to give away his personal bike to someone on Christmas of 2017. I had never won a raffle or contest in my life, and didn't like asking for help either, but given the circumstances, I gave it a shot and entered. Days had gone by, blurring together as usual, and I had forgotten all about entering the giveaway. Christmas Eve was just another normal day spent alone like every other holiday, so I went to sleep early that night. I woke up in the middle of the night, groggy and confused, to a red hot phone, shocked to find out the course of my life was to be changed by Garrett Reynolds announcing that I was the winner of his personal bike. Since that day, I've gone full force into BMX and have integrated myself into the community. BMX has brought so much positivity to my life in a time it was needed most, and has provided me with the fun, physically active, socially interactive, creative, and healthy escape outlet I desperately needed. I can't thank BMX enough for the relief, friends, community, fun experiences, great memories it has given me, and inspiring me to give that all back to others through Project Warhorse. BMX has become my family, and the Project Warhorse family can never get too big!