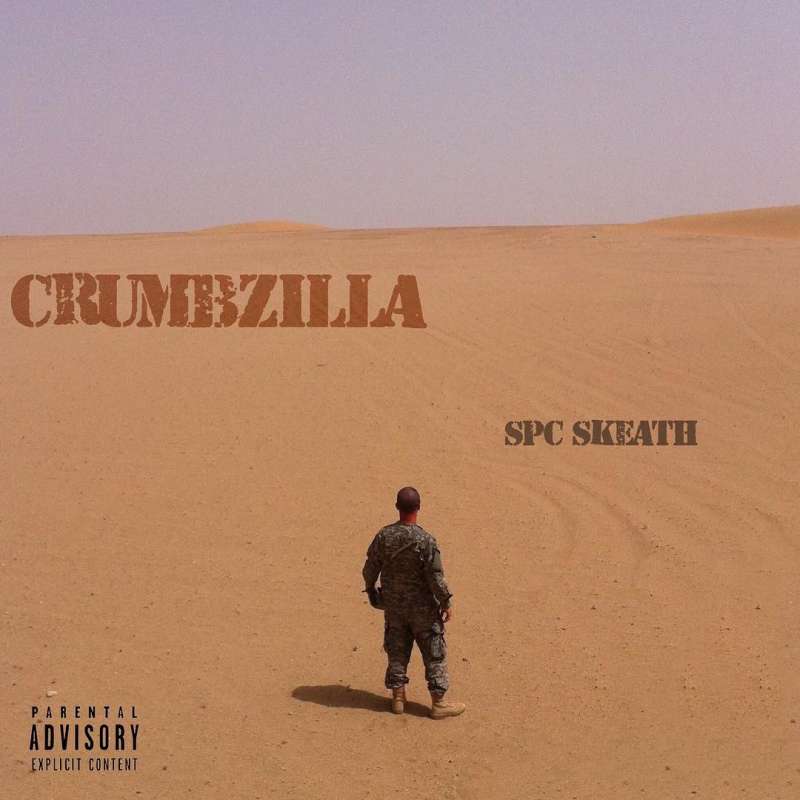 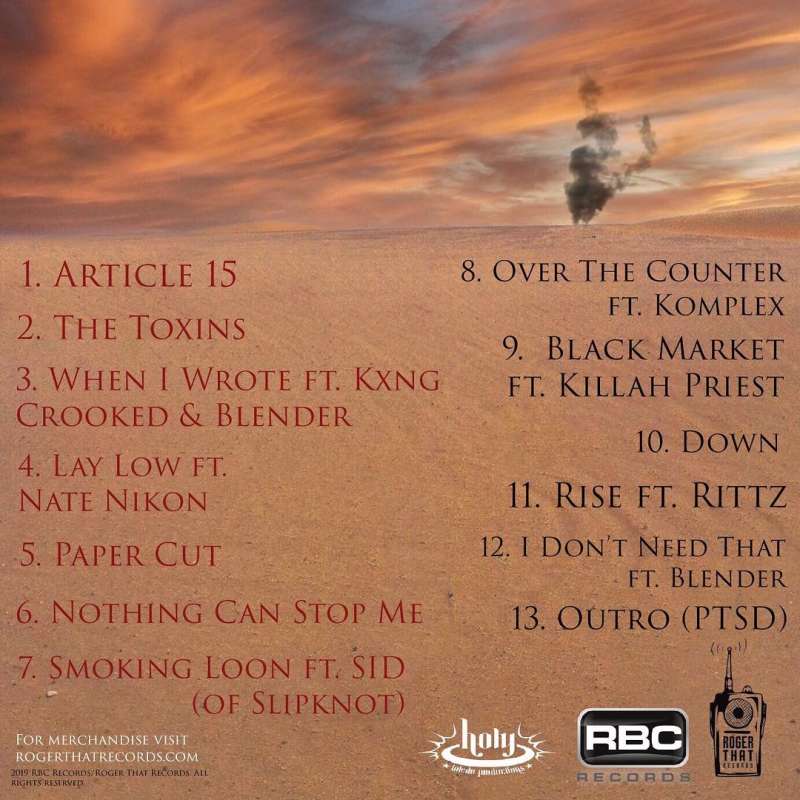 “SPC SKEATH” is certain to give listeners a liberating experience as he addresses the current political climate and its state of chaos from a soldiers first-hand experience/perspective. Listeners will also be able to relate to his lyrical, often humorous, but seriously clever songwriting interpretations of the common everyday madness that we each experience throughout life.

We can expect much of Crumbzillas’ content to refer to financial struggles, relationship drama, drug use, the falling-out of friendships, and the overall journey that we experience in an effort to accomplish our goals, face our fears, over-come obstacles and remain focused on the ultimate prize, regardless of our individuality.

Crumbzilla is best known for his work alongside the crews “Dope Means” and “Bilderburgh” whose previous works “Government Funded” and “Speak Easy” were released in 2013 & 2014 via RBC Records and are still currently available on all digital platforms.

“SPC SKEATH” was released on 2.22.2019 under RBC Records / Roger That Records. Physical CD’s and Bundle packs are available now via www.rogerthatrecords.com and listeners worldwide are able to support the album on all major digital carriers.

Thank you all for your valued support. We greatly appreciate it. 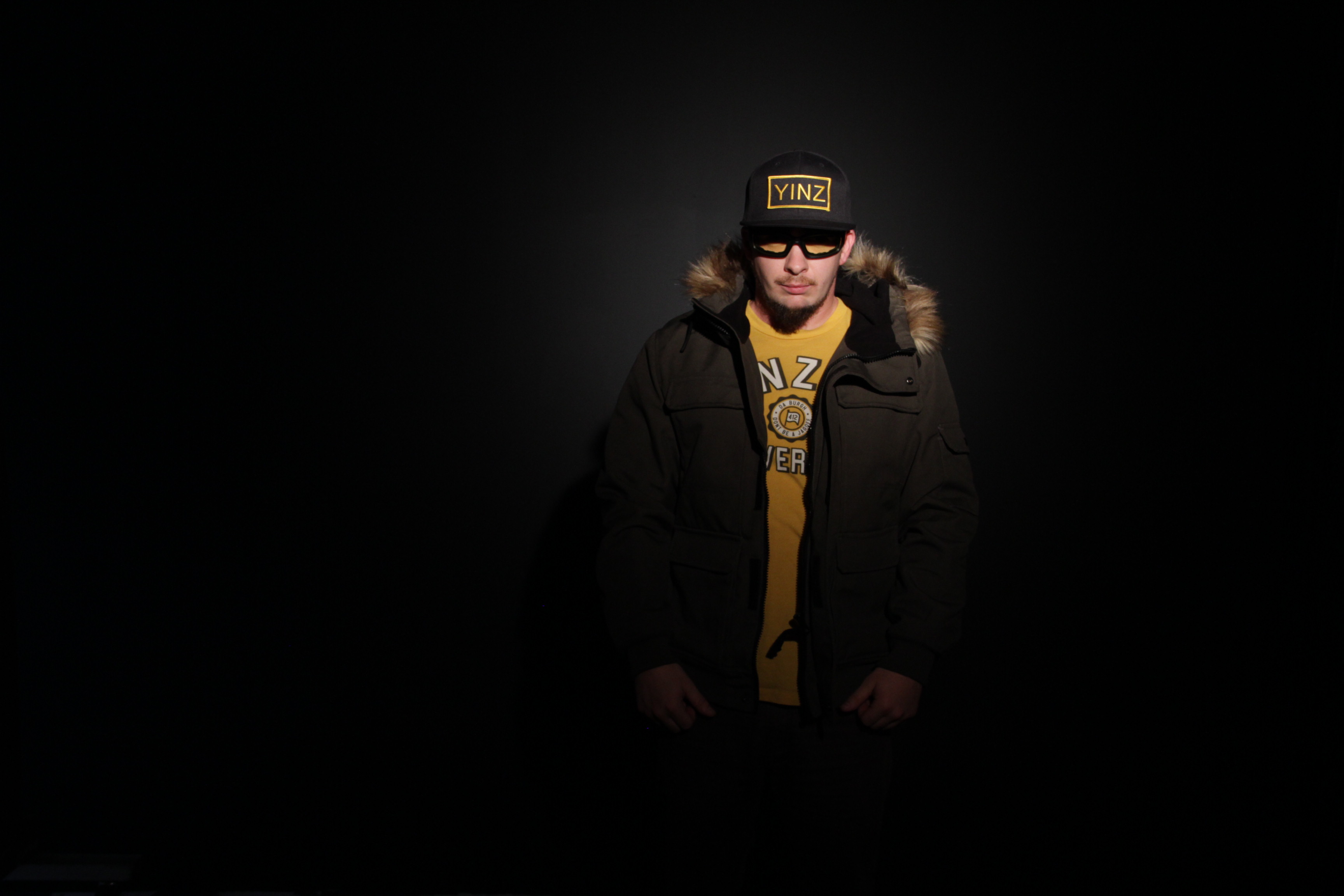 Daryn Skeath is an Army veteran from Pittsburgh, PA. Daryn moved to Los Angeles in 2015 where he attended the Musicians Institute, Hollywood. He graduated from M.I. in December, 2018 with an Associates Degree in the Science of the Music Business and multiple Certificates and Awards in Audio Engineering and the Independent Artist programs. Daryn has engineered studio sessions for members of Wu-Tang Clan, Compton Menace, SID, and more. He also has an A&R credit on Wu-Tangs very own, Ghostface Killah - The Lost Tapes. Daryn has interned at RBC Records for 1.5 yrs and has also been signed to RBC as a hip hop artist on their roster. Roger That Records was created by Daryn in 2018 and has since began to gain momentum worldwide with the release of his debut solo album SPC Skeath.