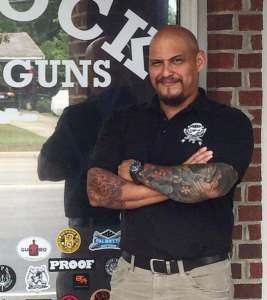 The Rock Guns and Accessories was founded by Sam Castillo, a retired US Army Special Forces veteran. Sam served as a Special Forces Medical Sergeant and Intel Sergeant in 7th Special Forces Group and during his service deployed to Afghanistan, Iraq, South America, and the Balkans.

The Rock’s aim is to provide the best products and services to our customers in order to meet their firearms needs and build a community around the advancement of firearms knowledge. We carry rifles, handguns, shotguns, gun parts, tactical gear, and medical gear. We build custom guns in house to include ARs, Bolt-Action rifles, and 1911s. 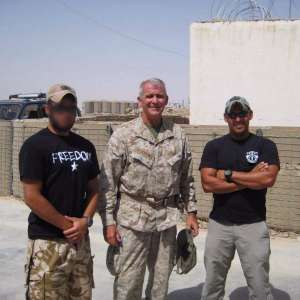 The Rock Guns is named after the unit Sam’s grandfather served with, the 503rd Parachute Regimental Combat Team (PRCT). The 503rd conducted combat jumps in the Pacific theater during WWII in New Guinea and the Philippines.

On 16 February 1945, the 503rd conducted a combat jump onto Corregidor Island in Manila Bay to liberate it from occupying Japanese forces. Braving intense fire, the paratroopers rushed forward and overcame the heavy blockhouse defenses, dropping explosives into embrasures to kill hidden Japanese gunners. For its successful capture of Corregidor, the unit was awarded a Presidential Unit Citation and received its nickname, “the Rock Regiment” 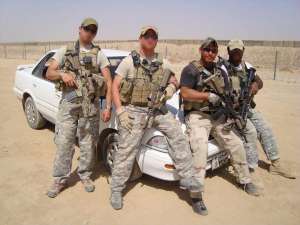 Sam’s grandfather, Jesse Castillo, participated in the Corregidor jump. On 19 February, 1945 three days after jumping onto Corregidor, Jesse was blinded by a Japanese sniper and evacuated back home. Jesse, in the fighting spirit of a paratrooper, did not let that adversity slow him down and continued on in life to marry the young woman who waited at home for him, become a father of four, an entrepreneur starting several businesses in California, and fixture in his community.

It is in his spirit and as an homage to him, and to all paratroopers and veterans who paved the way for us, that we aim to serve our customers and our community. 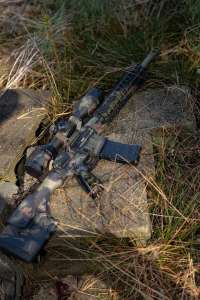 Please welcome The Skirted Soldier to the VRV!!!